Understand VectorDrawable's pathData and be able to freely handle morph animation from icon to icon.

When I looked at the contents of VectorDrawable, it seemed to be drawing a shape by specifying pathData, but I couldn't understand it at a glance because of all the English letters and numbers, so I looked it up.

The XML format of VectorDrawable is defined in VectorDrawable. It states that the pathData format is the same as the SVG attribute. The following is a quotation.

"android:pathData
Defines path data using exactly same format as "d" attribute in the SVG's path data. This is defined in the viewport space."

If you check the SVG specification, you will find the definition in 9.3.2. Specifying path data: the 'd' property for the definition.
The summary is as follows

Incidentally, if you want to animate by changing the pathData of the vector drawable, you need to match the structure of the commands before and after the animation. In this case, since the order of the commands changes the movement, it is recommended to set a rule such as drawing all commands in a clockwise direction.

When creating a vector drawable, it is useful to use Shapre Shifter, a tool for creating SVG animations, to check the results.

For the same command, you can omit the command character by following the argument. Here, l is omitted.
If we look at the commands in order, we can read the following.

Viewed in ShapeShifter, this will result in an image that looks like this 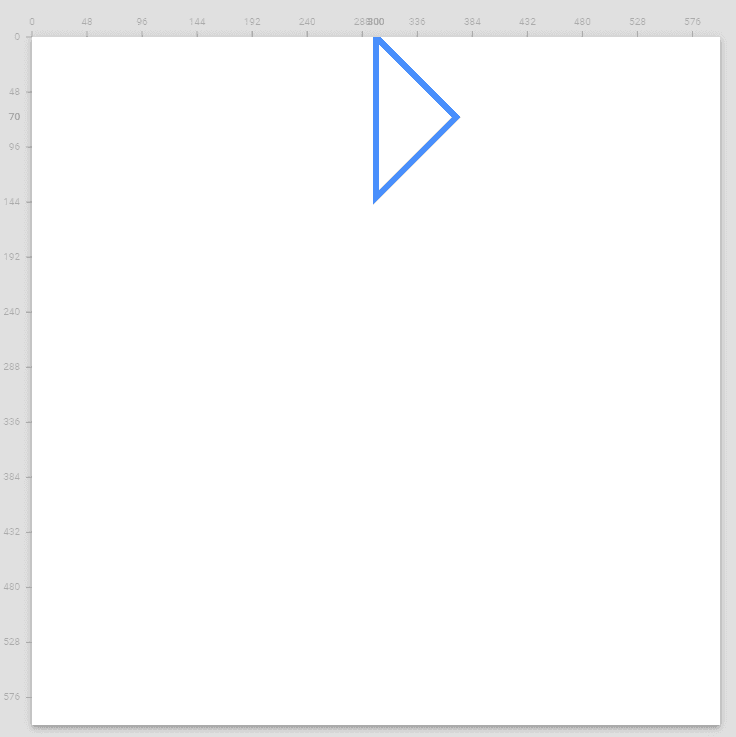 In the sample, I used rotation to rotate it 45 degrees, so the angle was different, but I could see how the image was specified.